Corigine explains why tail latency can have a crippling effect in data center infrastructures, why it is important for hyperscalers to overcome its challenges, and how Corigine SmartNICs can solve the problem of high tail latency. It's Time for Disaggregated Silicon!

We have seen the value of disaggregation in many areas. Most recently, in the world of networking driven by the OCP community. It has enabled significant choice in how operators procure networking equipment and eliminated vertical, inflexible solutions and vendor lock-in. Is it now time for disaggregation at the silicon level? 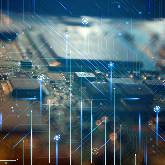 SmartNIC: An Orange Plus a Pear Does not Make an Apple

There is a significant shift in the world of server networking implemented using network interface cards (NICs). Moore's Law is stalling or dying, and general-purpose CPUs cannot keep up with tasks related to software-defined networking, security and storage – I will refer to this as SDX. Who among us can't forget Steve Ballmer's animated performance at the Microsoft developers conference those years ago? As intense as he was, he was also right. Developers were key to Microsoft's success. Fast forward to 2018 and a slightly different look at a Microsoft initiative. Well, Open19 is more about LinkedIn, but the ownership goes up to Microsoft. 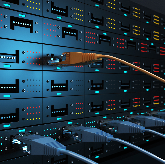 As SmartNICs become more popular, more decision makers at companies are being asked to look at the way SmartNICs work – specifically the different offload models related to the OVS datapath, and the pros and cons of each model. In this blog, I will go through and explain these various models. As we go through each model, you will realize that not all of them require offload of the OVS datapath to 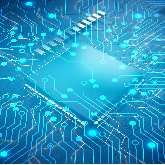 In part 1, my colleague Sujal Das reviewed the operational challenges data center operators spoke about at OpenStack Summit last month. The resounding common theme was poor server infrastructure efficiency. Sujal reviewed the underlying reasons for these challenges starting with a wide variety of VM workload requirements including networking options and CPU requirements. This combined with the fac SmartNIC and XVIO take the operational efficiency of OpenStack cloud server infrastructures to new heights.I am writing this from the OpenStack Summit in Barcelona, fresh from speaking to many data center operators who are deploying OpenStack-based clouds. Virtual machines (VM) and applications that run in them form the core building blocks of today’s modern cloud data centers. Revenue from VMs a